SPENDING HOLIDAYS IN BORDEAUX, A LARGE AGGLOMERATION IN THE SOUTH-WEST OF FRANCE, MAKES MORE THAN A DREAM.

Bordeaux is the prefecture of the Gironde department and the capital of New Aquitaine. It is located on the banks of the Landes de Gascogne and benefits from a fairly generous natural environment. Bordeaux holds fifth place in France in the ranking of the largest urban areas. Urbanization is therefore very developed for the benefit of the tourism sector. This city with a thousand vestiges is also famous for its many historic buildings which have earned it a place in the world heritage in the urban landscape category. Apart from that, it is also classified as a city of art and history and holds second place among the French cities with the highest number of monuments classified as historic.

As a city of art and history, Bordeaux has a large number of cultural center and architectural heritages. Nevertheless, visit one of these many museums – and why not all of them? – will be a pleasant and above all very enriching experience for you.

of the stock exchange

This architectural marvel underlined by spectacular lighting every night is the most emblematic of Bordeaux constructions. This building which has survived for centuries, but which has retained all its splendor, has made the good reputation of the city throughout the world.

With a construction which started in the 11th century and which lasted nearly 5 centuries, this religious building is the most imposing in Bordeaux. This magnificent cathedral displays a 12th century Gothic style. It is classified world heritage by UNESCO. His consecration took place in 1906.

Arc-shaped, this road bridge was built from 1819 to 1822 under the order of Napoleon 1st. It links the city center to the historic Bastide district. The cost of its construction was phenomenal and more than 4,000 workers were on the job to build it. This bridge is classified as a historic monument.

IF YOU PLAN TO GO TO BORDEAUX FOR YOUR NEXT HOLIDAYS IN GIRONDE, YOUR AGENDA PROMISES TO BE LOADED!

You can find out more about which cookies we are using or switch them off in settings. 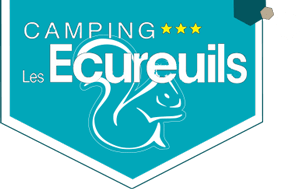 To help us better understand how our website is used, we work with Google Analytics.